New Life International Family Church was birthed April 4, 1999 at 3:00 pm in the New Bethesda Baptist Church in Atlanta, Georgia. Much prayer, preparation and planning produced an awesome move of God wherein our Pastor and Founder, Jeronn C. Williams, preached “Lord, Build This House” and 24 people joined on opening day. In April of 2000, God opened the door for New Life to move to the Greater New Hope Baptist Church in Atlanta, Georgia. Here, God continued to add to the church.

Finally, in December of 2004, God opened another door for us to have our own church building in Decatur, Georgia. We are believing God for greater and stand in the position to “build a people and serve the whole man.” To that end, we will continue to press forward, following our Pastor and Founder as he follows Christ. We engage therefore to be a Christ-Centered, Bible-Based, Community-Involved, Family-Oriented, and Well-Balanced Church.  We declare that if God be for us, who can be against us!

The mission of New Life International family Church is “Building A People… Serving the Whole Man.”  This is to be accomplished through intense bible teaching and preaching, relevant workshops and seminars, retreats and conferences; powerful worship experiences and encounters; effective in-reach, outreach and service-oriented ministries; and developmental youth programs and events. 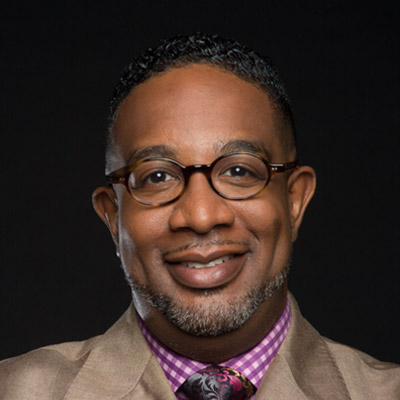 With Bishop Dr. Williams at its helm, New Life International Family Church has become a beacon of light for kingdom-building throughout the Atlanta community.

Bishop Williams was born and raised in Detroit, Michigan. The call of God upon his life to be a leader in the kingdom of God was apparent from early childhood, and accepted at the age of 12. Bishop Williams later launched his collegiate career at the prestigious Morehouse College in Atlanta, Georgia. Through the process of becoming the Word spoken by God over his life, Bishop Dr. Williams served in multiple capacities within ministry before pastoring. Through his submission to and exposition of the Word of God, Bishop Dr. Jeronn Williams continues to leave an indelible mark on the lives of those who seek the true and living God.

Bishop Williams is united in holy matrimony to his college sweetheart, the former LaToya K. Culver of Prentiss, Mississippi, and they are the proud parents of Jeronn C. Williams II. 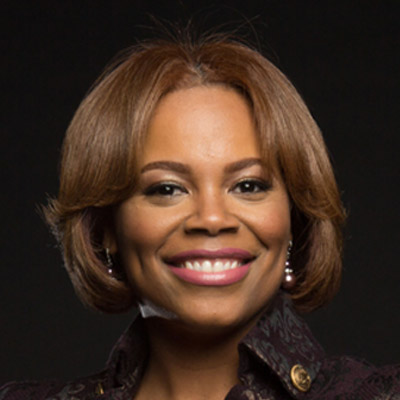 Following her husband’s vision of New Life International Family Church, Pastor General Williams exemplifies a true woman of God. Williams now leads the Women of Fire Ministry, which consists of single and married women of all ages who confess Jesus Christ as Lord and Savior. Leading the ministry she continues to walk by the Holy Spirit day and night and lives a perpetual life of a woman of virtue. With her smile, signature phrase “Free 2 Be Me” and servant’s mentality Pastor General Dr. LaToya K. Williams is a light shining brightly for everyone she meets.

How We Do Ministry

At New Life International Family Church we believe every individual is unique and has something to offer in the upbuilding our church, our community, and the Kingdom of God. Build with us by Giving to NLIFC, Sharing NEW LIFE, and Growing at NLIFC.

It’s important to devote time, treasure, and talent back to God. Service to God and service to others are an expressed part of our passion for Christ and for people.  We encourage all of our members to volunteer on a Ministry or take advantage of upcoming opportunities for Community Outreach.

We Are An Encounter

The essence of New Life International Family Church is not contingent upon a fancy logo or advertising, but in the experience and encounter each member/visitor has with Jesus Christ. It is important to have an encounter with Christ and be an encounter reflective of Christ.

HELP US BUILD A CHURCH

Your generous contributions empower us to build debt-free and serve the natural and spiritual needs of our Atlanta community and engage in humanitarian, mission-based efforts around the world. Every donation helps!

GIVE TO BUILDING FUND

“13 And one of the elders answered, saying unto me, What are these which are arrayed in white robes? and whence came they? 14 And I said unto him, Sir, thou knowest. And he said to me, These are they which came out of great tribulation, and have washed their robes, and made them white in the blood of the Lamb.."⁣ 📖 Revelation 7:13-14 KJV⁣

About NLCIFC
Watch
Give
Plan A Visit
Contact Us